The Nat Geo miniseries “The Long Road Home” is currently accepting email submission from actors to play speaking roles. They are looking for males who have real military experience, and who are between 18 to 38 years old. Shooting will take place in Austin, Texas and Killeen, Texas from March 15, 2017 through June, 2017. The submission instructions are posted below. Crew members are also needed, and can submit resumes to the production office listed below.

“The Long Road Home” is based on the award-winning book by ABC News chief correspondent Martha Raddatz, who spent years covering the Iraq War. The miniseries will relive a heroic fight for survival during the Iraq War when the First Cavalry Division from Fort Hood, Texas, was ferociously ambushed on April 4, 2004, in Sadr City, Baghdad — a day that came to be known in military annals as “Black Sunday”. The event series will cut between the soldiers on the ground and the homefront in Texas, where their wives and families await news for 48 hellish hours, expecting the worst. The incident, which took place 11 months after President George W. Bush’s “Mission Accomplished” speech, changed the American military’s view of Iraq from a peacekeeping mission to a fight against domestic insurgents. The story is told in real time through the eyes of untested soldiers in combat for the first time, as well as their families that anxiously wait for news on the home front. The miniseries will give an intimate and unforgettable look at what it is really like to go to war.

The Nat Geo miniseries “The Long Road Home” is currently casting the following speaking roles. Shooting will take place in Austin, Texas and other nearby locations from March through June, 2017.

To be considered, all actors must be legally eligible to work in the entertainment industry in Austin, Texas. You can find eligibility and work permit information in the Austin Actors Resource Guide eBook.

REAL SOLDIERS – Males, any ethnicity, between 18-30 years of age. Must have real (former or active) military experience, from any branch of the armed forces. Must be willing to be clean shaven and have military haircut. VARIOUS PAID SPEAKING ROLES.

For audition consideration email current snapshots along with name, phone #, height, weight, and military background (branch, rank, training, and service information). Please also list experience or training in driving of any military vehicles. Please make sure photos submitted are in good lighting, high resolution, and include a close up headshot AND full length body shot.

IMPORTANT: Filming to take place near Killeen & Austin, TX. Please only apply if already living or based nearby in Texas.

In Los Angeles, roles are being cast through talent agents. You can find comprehensive listings and submission addresses for talent agents here. However, if you are not signed with an agent in Los Angeles and wish to self-submit, I highly recommend that your 8×10 color headshot and resume along with the cover letter be sent in a 9 x 12 Clear Full Face Window Envelope with the photo visible in the window.

The following is needed for roles as extras:

• Anyone with military firearms and weaponry background are encouraged to apply.

If you are available to work in the Austin, Texas and surrounding areas as an extra, you can submit two up-to-date photos (face-forward head and shoulders photo, and one face-forward full length photo), full name, phone number, email address, actual age, height, weight, top size, pant size, shoe size, and current city and state, to the following email address:

Put “THE LONG ROAD HOME EXTRAS” in the subject line of your email.

Experienced crew members available to work in Austin, Texas can submit resumes to the following:

American forces occupying Iraq are ambushed in Baghdad, forcing the men to take desperate measures to save themselves. 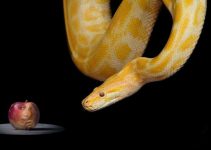