The Marvel Studios and Walt Disney Studios Motion Pictures superhero feature film sequel “Ant-Man and the Wasp” is now in production and the current needs are posted below. 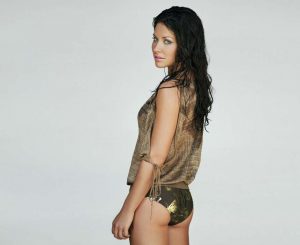 Ant-Man and the Wasp Casting Calls

“Ant-Man and the Wasp” is currently casting featured background performers, stand-ins, and photo doubles throughout the shooting schedule from July 31, 2017 through November 10, 2017. To be considered for acting or extra roles on this project, all talent must have legal eligibility and work permits to work on films in Atlanta, GA where filming is taking place. That information can be found in the Atlanta Actors Resource Guide eBook.

“Ant-Man and the Wasp” producers are seeking the following:

The producers are looking for Hispanic/Latin looking MEN and WOMEN that appear to have have fair skin tone & dark hair to portray 1980’s Argentinian locals for an awesome set of scenes on Marvel’s “Cherry Blue.”

If interested and completely available, please email your name, phone number, location and a current FULL length picture of yourself and current sizes.

Sarah Finn is the principal actor casting director for “Ant-Man and the Wasp,” and lead and supporting roles are mainly being cast through talent agents in Los Angeles. You can find comprehensive listings and submission addresses for talent agents here. However, if you are not signed with an agent and wish to self-submit, I highly recommend that your 8×10 color headshot and resume along with the cover letter be sent in a 9 x 12 Clear Full Face Window Envelope with the photo visible in the window. Click Here to purchase 9 x 12 Clear Full Face Window Envelopes. Click Here to purchase the best resume and cover letter paper.

Ant-Man and the Wasp Crew Members

Experienced film crew members located near Atlanta, GA can submit resumes to the following. Put the crew position in the subject line: